Secrets of the Scrap Metal King of Albuquerque

By Rafael Moscatel, CIPM, CRM, IGP in Future of Work, Professional Development on May 25, 2020
No comments

The following is an exclusive excerpt from the book “Tomorrow’s Jobs Today: Wisdom and Career Advice from Thought Leaders in AI, Big Data, Blockchain, the Internet of Things, Privacy, and More” available soon from John Hunt Publishing.

The convergence of technology and the rule of law is expected to intensify over the coming years. It’s a paradigm shift that will force organizations of all sizes, private and public, across all verticals, to balance a world ripe with innovation with an evolving universe of risk and regulatory pressure. Employers and their workforces will be inclined to adapt to this dynamic new digital landscape in their personal and professional lives. Like every era before it, the individuals who lead the way will separate themselves from the pack by identifying, engaging in, and fostering the right opportunities wherever they reveal themselves. They understand that identifying gaps is one key to seizing those opportunities.

One of the most amusing success stories exemplifying this point comes from the first part of the twentieth century. It involves a weary soldier returning from World War I. As the story goes, the GI was tired but also thrilled to be alive after countless friends had been killed, and so much of the world he knew destroyed. He was discharged in California and put on a Pullman train packed with other vets traveling from San Francisco to the East Coast. Like his fellow soldiers, the young man enjoyed his share of spirits in the bar car, and by the time they crossed over into New Mexico, most of the train’s passengers were quite drunk. Naturally, overconsumption can lead to brawling, and that’s what occurred by early noon. He held his own for a while, but eventually, he was thrown from the caboose about 15 miles outside of Albuquerque. In those days, that was the middle of nowhere.

If that wasn’t bad enough, he only had enough money to buy himself a bus ticket to finish the last leg of the trip and maybe half a sandwich. Slightly drunk and out of luck, he began walking down the road parallel to the railroad towards town. As he sobered up along the path, he started noticing a lot of broken-down sedans, pickup trucks, and roadsters abandoned along the highway, likely having run out of gas. Remember, this was 1918, before GPS and call boxes, let alone gas stations… in the desert! Well, this young man thought a lot about those beat-up clunkers, and in between each one, as he made his way to civilization, he began thinking about what the vehicles represented. By the time he finally made it to town, he had come up with one hell of an idea.

Despite being parched and stinking to high heaven, he abandoned his plans to purchase a bus ticket and used what was left in his pocket to put a payment down on a tow truck. The next day he filled up the tank and set back along that road he’d traversed the afternoon before. Well, wouldn’t you know it? He picked up every darn one of those lonely jalopies and dragged them back to a lot he’d rented from the same lessor who extended him credit for the tow truck.

Less than a decade later that GI was the third-largest scrap metal salesman in the Southwest United States. By the time he died, about the richest man in Albuquerque. He never quite made it home to Boston, but he did learn first-hand about how your journey is often more enjoyable, and profitable than arriving at your destination.

So, what are your broken-down jalopies? What are the business processes, products, or teams you see broken down and in need of repair or improvement around your organization or community? How can you, like that GI, turn a real crap situation into one that benefits not just you, but ultimately the world around you? Can you identify the gaps in between the stops along the way to your goals? Are you ready to seize the day? Are you thrilled to be alive like that weary soldier the day he was thrown from the train?

Rafael Moscatel, CIPM, CRM, IGP, is the Managing Director of Compliance and Privacy Partners. He has developed large-scale information management, privacy and digital transformation programs for Fortune 500 companies such as Paramount Pictures and Farmers Insurance. Contact him at www.capp-llc.com or follow him on Twitter @rafael_moscatel.

Rafael Moscatel is Managing Director of Compliance and Privacy Partners and has over 20 years of experience developing innovative and effective information governance, digital strategy, privacy and compliance programs for the Fortune 500. View all posts by Rafael Moscatel, CIPM, CRM, IGP

This site uses Akismet to reduce spam. Learn how your comment data is processed.

What People Are Saying About The Book

In today’s data-driven, fast-changing world, Tomorrow’s Jobs Today gives business leaders a solid overview of many complex technology trends. This book helps surface many of the issues a business leader needs to be aware of and provides food for thought on how they might be navigated as we head into a new decade.

If you want to stay successful, you have to embrace and adapt to changes. Tomorrow’s Jobs Today shows you how those challenges can be both enlightening and empowering.

This is an empowering and beautifully written book that will surely guide the reader to find a place in this quickly changing Information Age, where they can thrive and contribute to the greater good.

The authors bring together the voices of leading thinkers, exploring the critical themes that will dominate the years to come. Entertaining interviews reveal the best paths forward for professional development and the impending social, political, and ethical challenges of tomorrow. This is an important book.

Stepping away from the mush of data that sometimes arrives through surveys, Tomorrow’s Jobs Today goes straight to the people creating the future world of work. Read this book; go interview a few visionaries yourself; help shape the world to come.

This book is an excellent read for just about everyone trying to make sense of the ever-increasing pace of change going on around them. The interviews conducted in each chapter help ground and explain how others have harnessed these rapid changes for their personal fulfillment and most importantly for the greater good of humanity. For those feeling anxious over the stability of their roles, ponder this book and reap the wisdom presented. 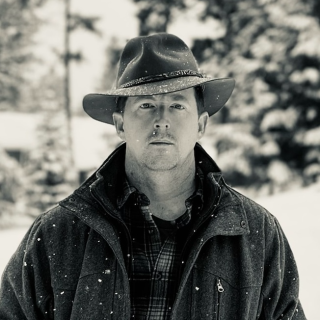 Rafael Moscatel is Managing Director of Compliance and Privacy Partners and has over 20 years of experience developing innovative and effective information governance, digital strategy, privacy and compliance programs for the Fortune 500.